Which bird box or wildlife camera do I have?

We know, it can get a bit confusing, we sell a lot of different models of cameras with similar names and it can be tricky keeping track of your specific model code. So you can easily identify your camera we've put together this list of our most popular bird box and wildlife cameras.

It is organised by connection type, but there are pictures as well to allow you scroll through and find your camera.

A link to the product page (if the product is still being sold) and to the help site will be provided underneath each entry on this page. 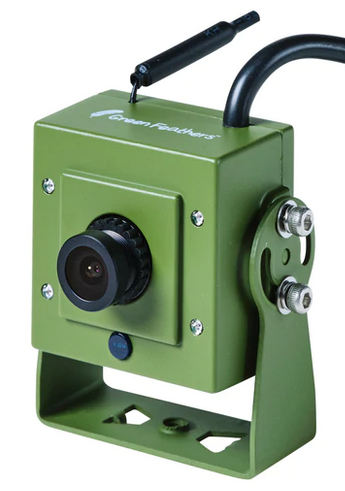 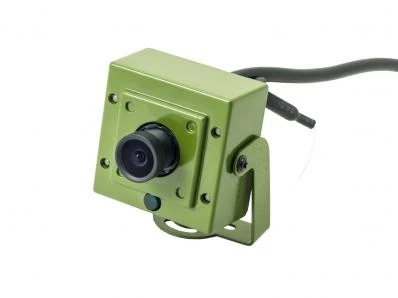 These models look almost identical, like in the picture. The easiest way to tell the model is to look on the box the camera came in; the model code will be on the back of the box. Alternatively there may be a tag on the end of the cable attached to the camera. If you don't have the original packaging any more, try to remember when you bought the camera, and check the email that was sent to confirm your order.

If it was purchased after December 2020 then it is probably an NCIP3WF or GFWF3 (3rd Gen). The major difference is that the 3rd Gen camera uses our official Green Feathers app, whereas the 1st and 2nd Gen cameras use either iCSee or XMEye.

If you are still unsure, you can find out by putting the camera into AP mode and looking at the name of the WiFi network which the camera broadcasts.

If the camera is already connected to your Wi-Fi you will have to completely reset the camera to put it into AP mode, so it's best to avoid doing this. 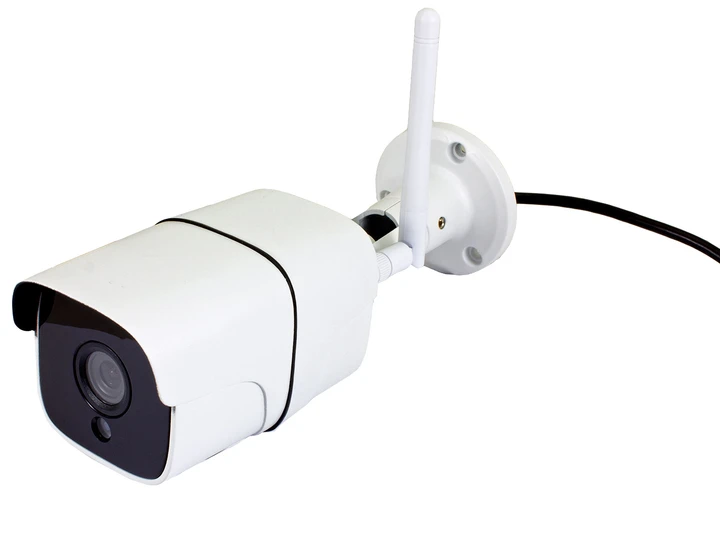 These cameras are white and come in a standard bullet style case to keep it waterproof. This camera was released in reduced quantities, it looks the same as the GFIP220BWF. This camera is compatible with the apps XMEye and iCSee Pro. 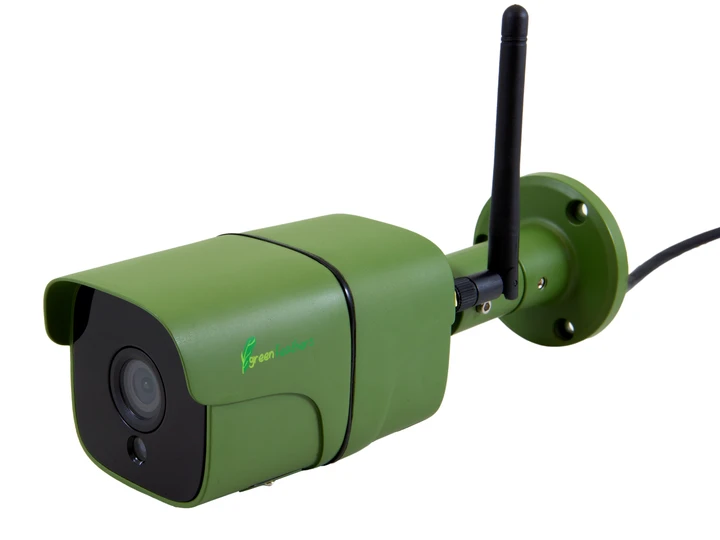 This model was initally released in white, but the vast majority of models are in green. This camera is compatible with the apps XMEye and iCSee Pro. There should be a label on the end of the connection cable marked 'GFIP220BWF'.

This model has only been released in the colour green, aside from this it looks the same at the previous two models. This camera is only compatible with the Green Feathers app. There should be a label on the end of the connection cable marked 'GFIP320BWF'. 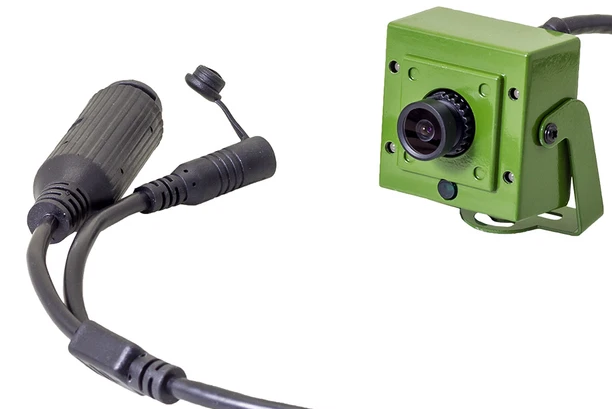 These cameras are green, and have an Ethernet port on the end of the cable. They do not have a micro SD card slot, unlike the WiFi models. 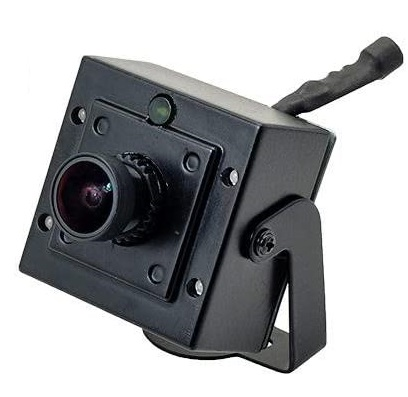 These cameras look very similar to the NCIP2 (2nd Gen), except they are black. They also have an Ethernet port on the end of the cable, and do not have a micro SD card slot.

The CMOSNC7G is one of our most common wired analogue cameras. You can identify it from the small shape only shared with the NC701G, and the three cables coming from it to allow for power, video and audio connections. 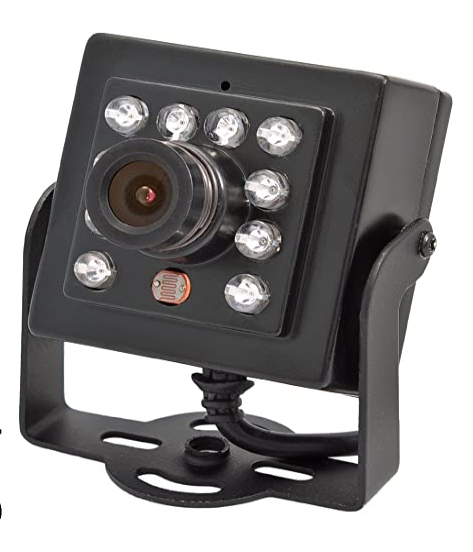 We no longer sell this model, but it can be identified by its colour, square shape, and the three cables coming out of it for power, video and audio. 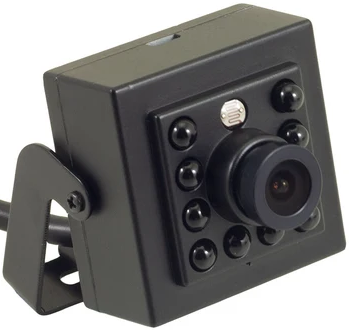 This is the successor to the NCF15EA. You can identify it by the black case and square shape. This camera does not have a microphone (though one can be attached) so by default it only has a cable for video and power. There is also a toggle stick where the cable splits into two. 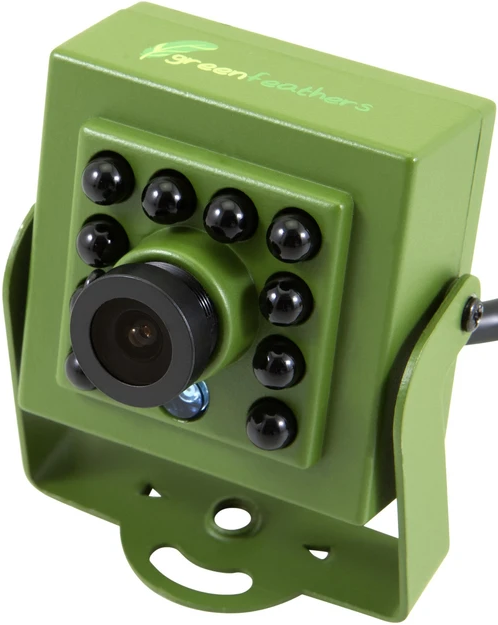 This looks similar to the NCTV205I; you can tell it apart because it's green and has a built in microphone, with a cable for audio alongside the cables for video and power. 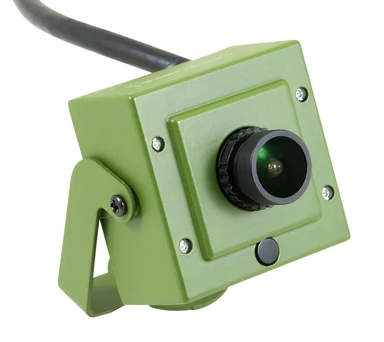 This camera is the big brother of the NCTV205I and NCTV2A. This camera can output video at 8MP, or 4K quality! It also has a built in microphone. 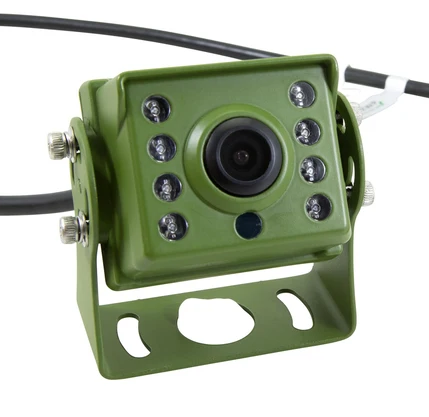 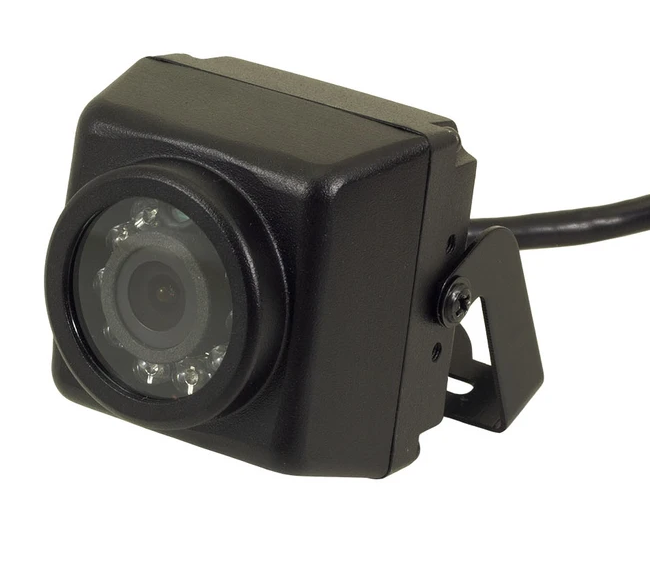 This is the odd one out of the bunch. It has a distinctive shape and is fully waterproof; ideal for mounting outside in any kind of weather. These have been released in black and green. 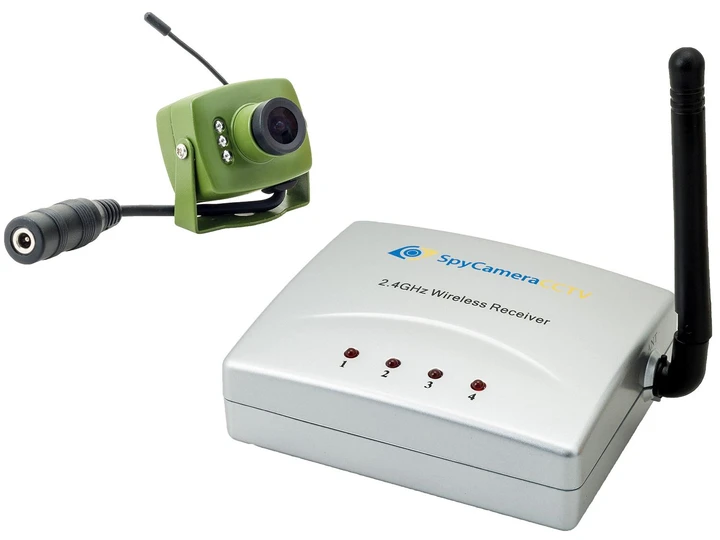 You can identify these cameras from the distinctive small size and the small antenna. There is only one jack on the camera to allow for power to be supplied, because it sends the wireless signal to the silver receiver box. 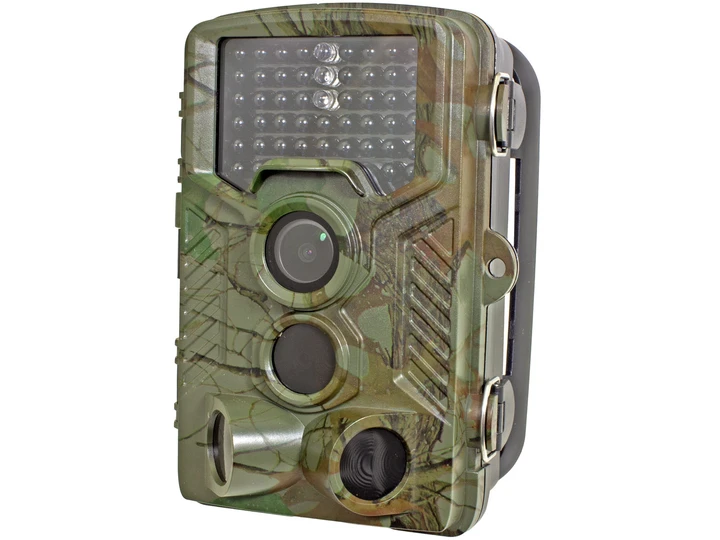 This is the only model of trail camera we currently sell.